A Beginners Guide To Guitar Arpeggios

Do you know what an arpeggio is, and why do you need them to play the guitar? In this article, we cover all the essentials of guitar arpeggios.

We know that arpeggios are essential to guitar playing because guitarists waste no time telling us they are.

Many guitar players don’t even touch their songs without warming up with scales and arpeggios. But for beginners, guitar arpeggios can be more complicated than strumming along to actual songs.

So, where do you start? Is there an easier way to play arpeggios than hunting down each note across the fretboard?

The key is to learn arpeggios methodically and increase your skills step-by-step.

Also, you can learn shortcuts to help you simplify the process.

Let’s look at some practical examples to learn how to play arpeggios on the guitar.

What are guitar arpeggios?

An arpeggio takes basic chords and breaks them apart so you can hear each note separately. It’s similar to a broken chord, except broken chords allow notes to overlap in sound.

For arpeggios, you want to articulate one note without the sound bleeding into the next. This note progression requires finger dexterity on the guitar.

When you play an arpeggio, you strum the three or four notes inside the chord separately instead of strumming the notes together.

After you play each note, you should lift your fretting finger to mute the sound before moving on to the following one. Articulate notes as you play the arpeggios going up or down the fretboard.

Why are guitar arpeggios important?

Many guitarists recommend practicing arpeggios in addition to scales on the guitar. But why are arpeggios so important?

Improve finger skills on the guitar

Your fingers must intentionally fret a note without string buzz. Then your finger should stop the note before moving on.

When you play each fret separately, intentionally position your finger against the fret to get a clear sound with no fret buzz.  Then, each finger knows its part when you put the notes back together in a block chord. Arpeggios can help you become familiar with chord shapes and note articulation.

Arpeggios also allow you to highlight the harmony in a piece and improvise.

Take a blocked chord and replace it with an arpeggio to play over the melody line. You can add rhythm and movement to a song or guitar solo.

While arpeggios can be a great way to improve finger dexterity, they can also add depth to a piece. Especially in jazz or blues guitar rhythms, arpeggios are invaluable.

Playing through arpeggios is especially useful for guitar beginners trying to land chords and add interest to songs.

The differences between guitar arpeggios & scales.

A regular scale hits every note available in a key signature. In Western music, the scale uses whole and half steps. However, arpeggios can include different intervals.

Use a scale that matches your key signature as you improvise guitar riffs. Or, you can play an arpeggio in the harmony line instead of strumming a blocked chord.

Practicing scales and arpeggios can help you become familiar with the notes and chord shapes in different key signatures. To learn more about guitar scales, check out: How to Play the Major Scale on Guitar for Beginners.

Learning scales and arpeggios can help you learn your way around the fretboard until you know it like the back of your hand.

Chords have at least two notes but can have five or more. You can choose to arpeggiate any chord on the guitar. However, the most common arpeggios in guitar music are major and minor triads.

A triad contains only three notes. And you can build one on the guitar by using intervals of thirds.

To form an arpeggiated major triad, start with the root note of the key. Then add the third and fifth tones. Make a minor triad by simply lowering the third tone a half step.

In addition to major and minor arpeggios, you can also have augmented, diminished, and suspended triads.

Read up on other common chords in Guitar Chords for Beginners: Ultimate Guide.

Examples of guitar arpeggios on the fretboard.

Once you know what arpeggios are, you need to know how to apply your knowledge to the fretboard. So, what are some practical ways to play arpeggios on the fretboard?

To play arpeggios on the guitar, first, pick a key. You can start with the G key since this is one of the simplest keys in standard tuning. Then, run through the G scale from low G to high G and back down.

Play a chord in the key’s root position

Find a chord on the guitar in the same key signature as your scale. Since triads are common chords, you can use the root, third, and perfect fifth. In the key of G, you can play a triad using the notes G, B, and D. Now, arpeggiate the chord using those same three notes.

Once you play the basic G arpeggio scale, add in another octave. Take the two-octave arpeggio up and then back down several times. Two-octave arpeggios force your fingers to find the same G, B, and D notes in different places on the fretboard.

Playing the two-octave arpeggio keeps the pattern in a vertical position. However, you can expand the arpeggio by playing it diagonally. You can use a metronome to play up and down the fretboard. Start slowly. Then, as you become more confident in your finger positions, you can speed up the pace.

When you master your arpeggios, you can play them using different techniques and strum patterns.

Try out techniques such as:

Focusing on playing each note in an arpeggio can be overwhelming. That’s a lot of different finger positions to learn! To simplify the process, zoom out to look at the big picture. Paying attention to the shape of the chord blocks can help you fret the right notes.

The CAGED system makes it easy for many beginning guitarists to find the correct chord positions on the fretboard. CAGED focuses on five basic chord shapes. These include C, A, G, D, and E. This memorization tool is a shortcut to help you play arpeggios like a pro without diving into complicated guitar theory.

Most arpeggios use each of the five CAGED shapes. However, the diminished 7th arpeggio has only one shape.

The C shape arpeggio is the most common arpeggio shape in guitar music. It follows the usual three-note C chord pattern. However, you can also expand this chord by adding extra notes. Optionally, you can include the 3rd and 5th tones on the 6th string and play the 5th tone on the 1st string.

The G-major arpeggio shape follows the G-barre chord pattern. You can also add the 5th interval on the 2nd string.

The E-major arpeggio shape is prevalent on the guitar and comes from an E-barre chord.  To expand the arpeggio, you can fret the fifth string on the third interval of the chord.

The D arpeggio shape is one of the most difficult for beginners. The D chord requires your fingers to stretch across frets to reach the right notes. Many guitarists choose to play this arpeggio shape in its simplest form. However, you can tack on three extra notes to the  D-major arpeggio.

Major arpeggios tend to sound upbeat and happy and are slightly more common than their minor counterparts. However, you also run into many minor guitar songs, so it is necessary to know both major and minor arpeggio scales.

Once you know the major open-string arpeggio shapes, it is easy to play the minor arpeggio shapes with a few adjustments. The basic chord shapes are the same. Keep the root note and the perfect fifth. Then, lower the 3rd interval for each major arpeggio a half step to make it minor.

Once you learn basic guitar scales and chords, you are ready to tackle arpeggios on the guitar. At first, arpeggios can seem complicated to play. However, they become easier when you stop focusing on each note and start memorizing them in CAGED shapes. When you master scales and arpeggios, you can start playing the guitar like a pro.

Learn more about the basic skills you need to play the guitar using the Simply Guitar app. With this structured program, you can learn guitar theory fun and easy.

Which arpeggios should I learn first on the guitar?

When you learn guitar arpeggios, start with major triads and minor triads. These arpeggios use the root note, third (or minor third), and the perfect fifth of a scale. They are easy to finger, and you often use them in guitar songs. Once you feel secure in simple triads, you can add more notes to the arpeggios. Try arpeggios in the G-major key signature before moving on to other keys. The key of G has many open strings in standard tuning and is easy for practicing new skills.

Should I learn scales or arpeggios first?

Since arpeggios use notes from an octave scale, musicians recommend learning scales first. Scales contain every note in a key signature. Once you learn how to play each key on the fretboard, you can use those notes to form chords and arpeggios. Both scales and arpeggios can help you become familiar with the frets on the guitar. 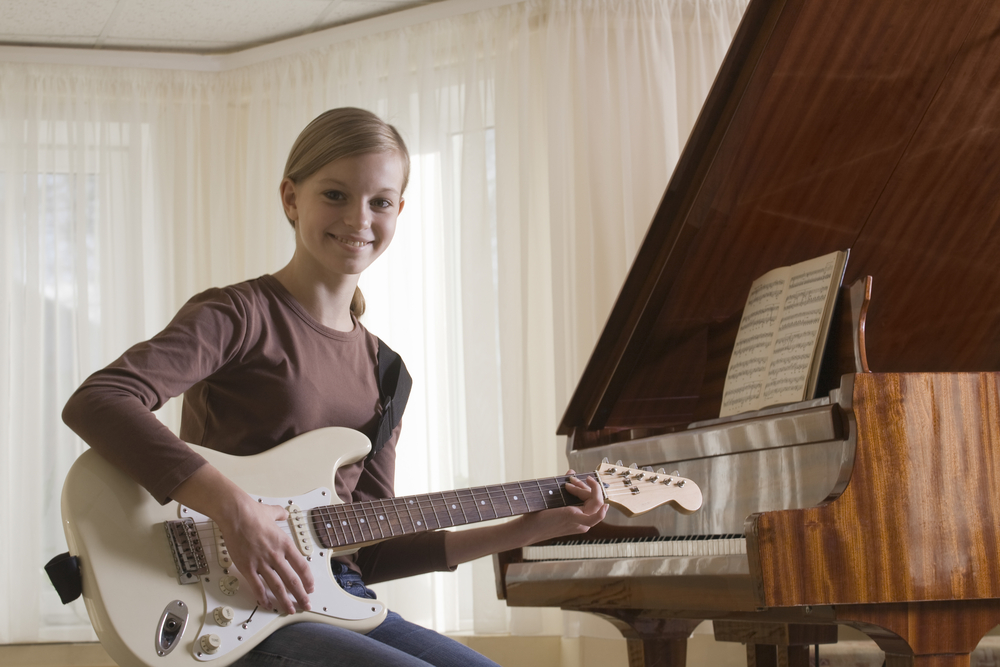 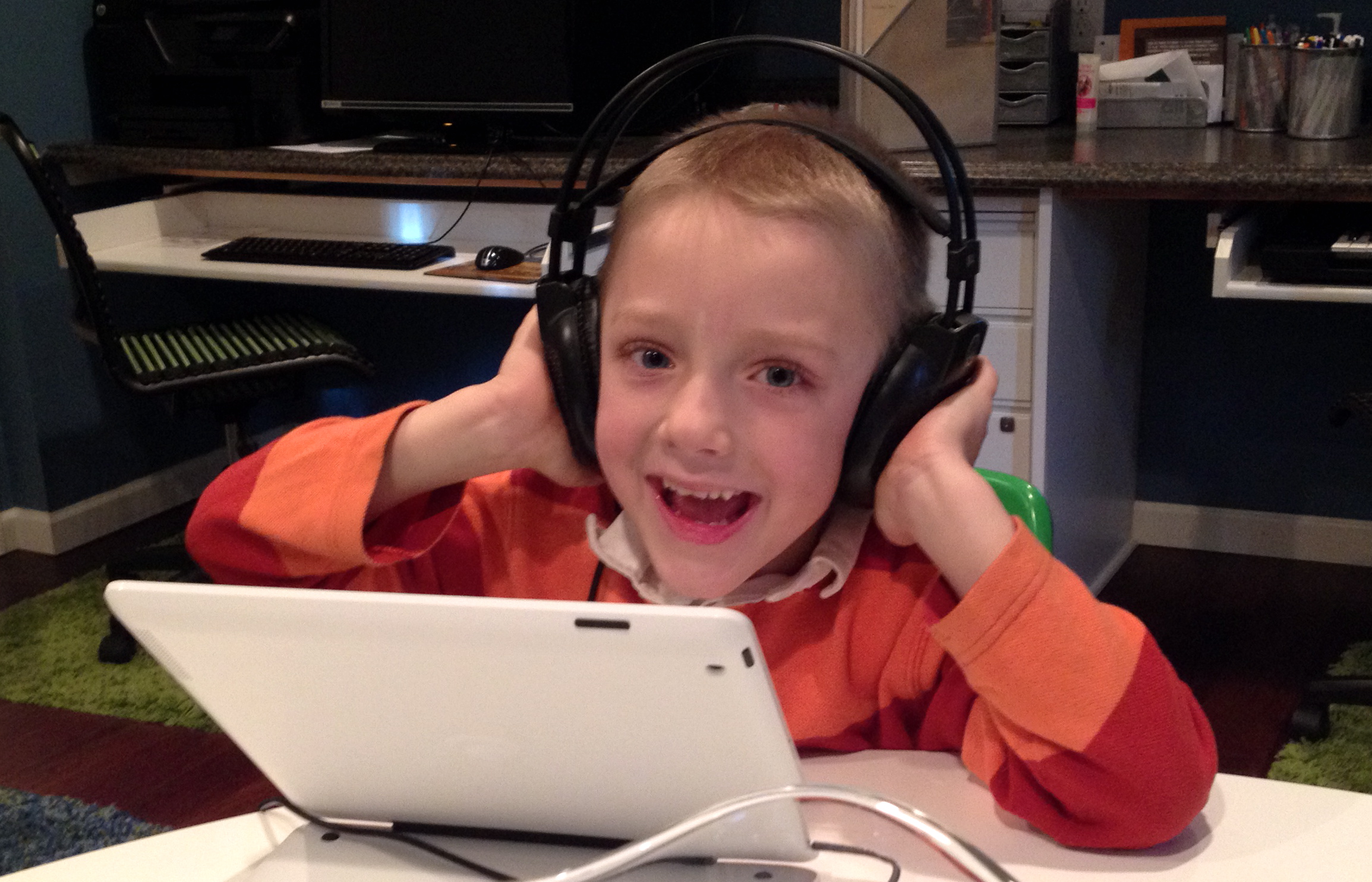 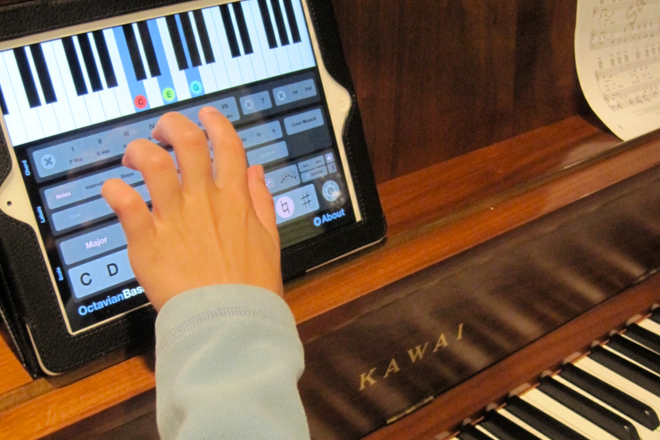